In the Western world, if not elsewhere, the path to most marriages starts on the road of engagement. Getting engaged, as it’s also called, involves one partner – typically the male in heterosexual relationships – asking the other one to marry them. The proposing partner almost always purchases an engagement ring as a symbol of love.

Since getting engaged is such a big deal, engagement rings often cost a lot of money.

As most people in the Western world – even though the Western world is home to some of the highest qualities of life in the world – don’t have enough money to purchase engagement rings with cash, they often finance their purchase using loaned money.

What are engagement rings, exactly?

Although engagement rings can be crafted from any material, they most frequently are made of one or more precious metals and one or more gemstones. These pieces of jewelry also require professional jewelers to put their laser-sharp focus to work for hours on end.

These rings are generally plain, smooth, rounded hoops made out of gold or silver, in most cases. In order to hold the stone or stones in place, manufacturers place a few minuscule arms on these rings. Stones are then set in place by the jeweler, who then mashes the aforementioned arms tightly so that the stones these rings contain are held snugly in place for – ideally – a lifetime of wear.

Where do engagement rings come from?

History has it that Austria’s one-time leader, Archduke Maximillian I, officially known as the Holy Roman Emperor, had paid jewelers to craft an engagement ring for his to-be wife, Mary of Burgundy, that held a large diamond as its centerpiece. This is believed to be the world’s first engagement ring that used diamond as a gemstone – it dates back to 1477.

Word of the diamond-studded engagement ring spread across Europe, encouraging many other high-class rulers and other public figures – as well as people who were simply wealthy – follow in Maximillian I’s footsteps.

Diamonds had fluctuated in popularity over the 500-odd years prior to the mid-1950s. However, they were still considered a precious gemstone throughout that time.

The De Beers Group is a company that explores the world for diamonds, mines them, prepares them for sale, sells them in retail capacities, and otherwise engages in diamond trading.

The company owned the entirety of planet Earth’s diamond market until just two decades ago. Since the De Beers Group effectively held all of the world’s diamonds, the company was inherently interested in beefing up the value of diamonds.

In 1947, a marketing employee who worked for the De Beers Group came up with the now-famous line, “A Diamond is Forever.”

The company used the phrase to push consumers toward having an emotional connection to diamonds, encouraging people all across the Western world to view diamonds as an everlasting symbol of commitment to their romantic interests. This marketing campaign worked remarkably well, causing the perceived value of diamonds to skyrocket in nothing more than a few years.

The perceived value of diamonds stands true even to 2019. People across the Western world, in an across-the-board fashion, continue to look at diamonds as the most valuable stone in the world.

Without further ado, here are a few of the best ways to finance engagement rings. Although all of them might not be the most attractive offer to you based on your particular financial situation, you’re almost certain to finish this article thinking that at least one of these financing options is meant just for you.

Some statistics indicate that nearly three-quarters of couples and prospective proposers secured engagement rings via financing them.

Jewelers know better than anybody that the vast majority of people finance the purchase of engagement rings. Over the years, they have collectively and individually developed financing offers and strategies that are both considered to be favorable offers by people looking to purchase engagement rings and good deals from the perspective of jewelers themselves.

Direct financing agreements from jewelers usually are drawn out over periods ranging from one to five years. In most cases, jewelers have existing deals with credit card issuers to accelerate the application process. Jewelers kick back a chunk of the purchase price of engagement rings to these major lenders to compensate them for liberally granting in-store financing help to virtually all consumers. They’re able to immediately recover most of the cost of the rings they sell. Put simply, everybody’s happy when it comes to in-store financing arrangements for engagement rings.

Once you’re approved for financing, you make the purchase of the engagement ring on the credit card you’ve been issued. In most cases, instead of paying the jeweler directly, you’ll remit regular payments to the credit card issuer.

This form of financing is great for consumers who don’t want to get shot down by traditional lenders. Further, it’s great for people who are in a hurry. Unfortunately, however, you should be prepared to fork over high interest rates – not to mention a number of potential fees – in exchange for receiving an engagement ring via this financing method.

If you can afford to pay off the agreement you ink with the jeweler you choose within six to 12 months, the usual range in length of promotional periods in which no or little interest is charged, this is unarguably the best way to buy an engagement ring.

Although getting accepted for personal loans that are offered by traditional financial institutions to purchase engagement rings is more difficult than the aforementioned method, it comes with the benefit of being able to pay your obligation over time, meaning you can allocate less money in the interim to the same engagement ring that would otherwise require you to pay more per month.

These loans don’t, however, have promotional periods in most cases.

You should be able to pay less money in interest if you can manage to get approved for a credit card with a high enough limit to purchase the engagement ring you’re looking at.

These credit cards, like the rest of them, usually won’t offer promotional periods for reduced or no interest. As such, you should be careful not to bite off more than you can chew when it comes to this financing option. 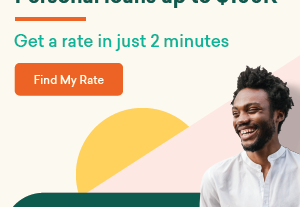 What is an Installment Loan 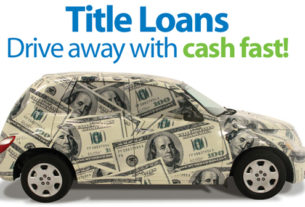 Ways to Get Out of Your Auto Title Loan