The options for data centers in Dallas/Fort Worth area of Texas in recent years has become a big market for data centers, and for good reason. There is a lot of available land, utility companies are largely deregulated, and energy is cheap. Now, a new form of data center is moving in to take advantage of all this.

This new form of data center is built upon blockchain technology, which was originally created to support cryptocurrencies such as Bitcoin but which has been increasingly used in more mainstream applications. Instead of being used only by group of libertarian-minded computer geeks, large corporations are now employing the technology, which provides enumerable benefits, such as security, immutability and decentralization.

With the growth of the technology has come a great demand for data centers, especially those with high security and high energy capacities. Back in 2017, the Dallas/Fort Worth area increased data center capacity by more than 50 megawatts. This makes it the second largest market outside Northern Virginia.

This past week, TMGcore, which is a Houston-based company, acquired a 150,000-square-foot data center in Plano for $60 million. Experts say that the acquisition is one of the first of its kind in the area for a blockchain company.

Pinchal & Co., which is a real estate investment company, purchased the data center for TMGcore as an investment in the company, and TMGcore is the only company using the center.

JD Enright, who is the CEO of TMGcore, says that a company like his needs a lot of electricity, and that there is not a lot of locations currently offering 100 megawatts.

Their cooling system uses a two-phase liquid immersion method that utilizes skids to immerse the computers into a special fluid that first absorbs the heat before letting it evaporate into a gas that eventually gets returned to liquid through condensation.

Enright says that the new cooling system completely eliminates the need for a company like them to be in a cool-weather location. He also says that the system eliminates 90% of the costs involved with removing the heat.

TMGcore hopes to do more than literally make money with their cryptocurrency mining setup. They hope to also decentralize the Bitcoin mining market. Currently, it is dominated by a multi-billion-dollar Chinese company called Bitmain, which effectively maintains a monopoly over the computer chips most commonly used to mine cryptocurrency. TMGcore wants to show that it has the technology to not only beat Bitmain but also the ability to scale this technology.

Chris Herrmann helped broker the deal with TMGcore. He says that the company was interested in the Dallas Bitcoin mining market because of the electricity costs there. The largest variable cost for companies like them is the cost of electricity, and because the cost of it is so low in Dallas, it is one of the few markets in the country that is viable for a cryptocurrency mining operation.

In Texas, electricity for industrial use is less than $56 per megawatt hour. According to data compiled by the U.S. Energy Information Administration, this is around one dollar less than it was one year ago, and more than a dollar less the national average.

Skybox Data Centers, which is a Dallas-based company, built the data center in Plano based on speculation alone. Rob Morris, who is the managing partner of Skybox, says that the deal is the largest blockchain project in North America. He further says that it should be in operation sometime soon and that the company will begin building a new data center on the same campus.

Morris adds that the project speaks to the strength of the Texas data center market. It also speaks to the growth of blockchain companies in the country.

At one time, most Dallas Fort Worth cryptocurrency mining companies operating in North America were doing so in places such as western Canada and Washington state. This was because both locations offer cool weather and plentiful access to hydroelectricity. However, demand in these places have outstripped supply, forcing companies to look elsewhere.

In spite of the TMGcore deal, the Texas market for cryptocurrency mining data centers is still lagging behind others.

Curt Holcomb, who is an expert in the field, says that Texas is getting lots of inquiries from companies doing Bitcoin mining, but so far there has not been a lot of completed deals. Part of the problem, he says, is that Bitcoin mining operations are typically not well funded.

Enright says that big institutional investors, or the “smart money” as he puts it, have not yet bought into the hype surrounding blockchain technology. He adds that some big investors are also nervous because in the past a lot of poorly run companies were built on the technology.

Still, the technology’s reputation is steadily increasing within companies outside of cryptocurrencies, such as those involved in real estate, oil and retail operations. These types of companies use the technology for things such as transactional security and record keeping.

Holocomb says that the technology is still in its early stage. He says that while many operators of data centers are looking into the business technology, there will likely not be a lot of deals made until the technology develops further. 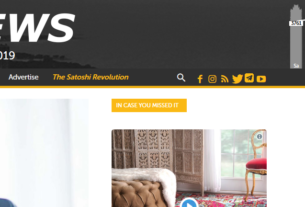